A new show on NOGGIN!

Toot & Puddle, a new preschool series produced by Mercury Filmworks in association with National Geographic Kids Entertainment, encourages exploration and adventure, both at home and afar, by piquing kids’ natural curiosity about the world around them. Based on the best-selling book series by author Holly Hobbie, Toot and Puddle is the heart-warming story of two best friends, from Pocket Hollow, who find adventure wherever they go.

Toot
A young pig-on-the-go and a globe-trotting adventurer, Toot loves to explore and is constantly on the lookout for any new challenge or untried experience. With his digital camera in tow, Toot often sends his photos as postcards to his friends at home.

Puddle
Puddle is the backyard explorer who, although he loves to travel, takes even greater pleasure in finding excitement closer to home. His calm demeanor provides the ballast to the whirlwind that is Toot. Puddle’s biggest weakness is that his need for a routine and a plan sometimes makes it difficult for him to cope with spontaneous changes or unexpected obstacles.

Opal
The youngest member of the ensemble is Opal, Puddle’s cousin. She often serves as the eyes and ears of our audience, asking the questions they might like to ask, operating with the exuberant energy of a preschooler. Opal is a fearless tomboy (who can also sometimes relish being a frilly girly-girl) with a willingness to take on every experience thrown her way.

Tulip
Toot & Puddle’s parrot pal, Tulip, lives with Toot & Puddle in Woodcock Pocket. Her favorite spot in the house is her perch in the kitchen. She has a lot of opinions and is never shy about expressing them.

Toot & Puddle’s other friends include their neighbors, Otto, the turtle, Dr. Ha Song, the Chinese mystic pig, and Lilly, a dart frog, as well as Desmond, the kangaroo Toot meets on one of his adventures.

Whether jetting off to an exotic new locale or finding an adventure at home, Toot and Puddle never know who they might meet or where they might end up. It’s their innate desire to learn, and their willingness to go where life leads them, that gives the show its unbridled joy and sense of discovery. 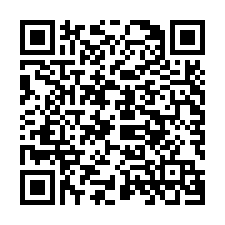